With the demise of Google Inbox coming soon I decided it was time to make a switch and start exploring other alternatives. In the past week, I feel like I’ve been through every email app on the market and they have something that annoys me.  I’ve come to the conclusion that finding the perfect email app is like finding the perfect to-do app. Or the perfect editor. It’s just not possible.

After trying a dozen and becoming fed up I just tossed up my hands and said enough. Then I set up Apple Mail on all my devices and decided to just embrace it. I have no trust the 3rd party apps will be around in five years, and as of right now, I don’t like Gmail. I don’t like the colors, the fonts, and the way it feels. It’s just not for me.

As I made the switch to Apple Mail it got me thinking, why not embrace all the Apple apps? There are quite a few that come standard that I’ve never given a real chance. I decided to change that and I’m giving myself a week to go all in on just Apple apps. Reminders, Calendar, Notes, Mail, Music, and News. I’ve removed all 3rd party apps off my iOS device that are competitors to those and I’m curious to see how good or bad this change will be.

Here is my current iOS homepage to give you an idea of what I’m trying to do:

This next week might be painful or I might find new workflows. That’s why I embrace change, especially in tech, and without change, we get complacent and stale. I like to push forward, not look back.

Yesterday afternoon I decided to hop on my bike and just go riding. This was the first weekend day in a long time where we had no family plans and I just needed to be home for dinner.

I had no map, no real goal, just ride at my own pace and enjoy the day. I went south toward South Carolina and the first ten miles was on a busy road that I didn’t like at all, but after that, I hit some nice backroads where I could relax and look at the scenery. Here are a few photos from the ride and all photos taken with an iPhone XS: 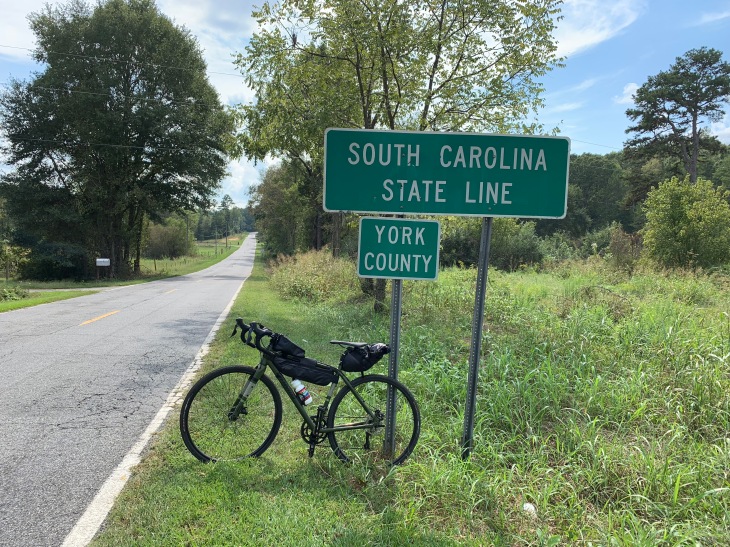 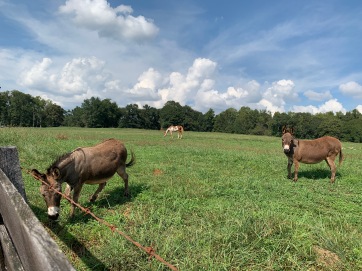 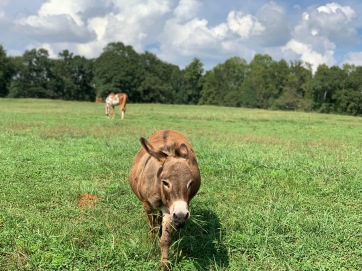 I’ve been riding mountain bikes a lot lately so I assumed my legs would be fine but what I didn’t realize is how painful it would be on the other body parts. After an hour and half my feet started hurting. I don’t know if it’s my shoes or my clipless pedals, or what, but I had to stop and take a break and they then stopped hurting for a while, only to have the pain come back.

If you are interested here is the Strava ride that shows the loop I made and all the details. I wasn’t trying to break any speed records and my bike is slow with the tires it has. I plan to change those this winter.

All in all, it was a fun trip and I hope to do even bigger rides now that the weather is turning cooler. I do dream of riding a century on all gravel roads or roads that are so backwoods you don’t see a car all day. Now that would be bliss.

Google announced today that they are sunsetting Inbox in favor of regular Gmail:

As Gmail continues to improve, we’re bringing the best features from Inbox. In the new Gmail, you’ll find workflows that are similar to your favorite ones in Inbox.

Support for Inbox will conclude in 2019.

On their support page, they include all the things that Gmail can do now that was borrowed from Inbox.

I went ahead and started making the transition today and the iOS Gmail app feels pretty nice, but I’m not a big fan of Gmail in the desktop through the browser. It just doesn’t have the same modern feel as Inbox.  Most of all, Gmail has entirely too much red and I find that annoying. The blue that Inbox used was so much nicer on the eyes.

I’m guessing it’s just one of those things that’ll take time to get used to and I’m hoping they keep porting all the features from Inbox. I guess we will all find out in 2019.

I keep hearing about this new social network called Mastodon. It’s like Twitter but not exactly. You have toots instead of tweets (huge eye roll) but the biggest difference is instead of one main service it’s comprised of thousands of independent communities. The benefit is that it’s not owned by some huge corp and everything is independent. Here is how they describe it:

Mastodon isn’t just a website, it is a federation—think Star Trek. Thousands of independent communities running Mastodon form a coherent network, where while every planet is different, being part of one is being part of the whole.

Sounds good in theory but after I registered I then realized because I registered my username on mastodon.social I technically don’t “own” the username I signed up with. Someone else could own the same one on another Mastodon instance.  We could have thousands of Eric Barnes and who knows if you are talking to me or talking to someone else?

Then the other selling point is that it’s safer than other social networks:

Mastodon comes with effective anti-abuse tools to help protect yourself. Thanks to the network’s spread out and independent nature there are more moderators who you can approach for personal help, and servers with strict codes of conduct.

I think this is a pipe dream. Maybe the anti-abuse tools are better but just, because there are thousands of independent communities, doesn’t make it safer. Even with more unpaid moderators who still has to make judgment calls on what is right and wrong. Right now the only benefit it has going for it is that it’s still not widely used. If a huge migration of users happens I think it’ll be the same as any other network.

The final complaint I have is that it feels so much like Twitter, yet you have to rebuild your entire following on a brand new platform. That is not something I have the willpower or care to do.

I’ll be sticking with Twitter and Instagram for now and I imagine Mastodon will be extinct, like the animal its named after, in a few years. At best it’ll have a weird cult following like IRC still does. As much as I’d love to have an open source independent social network, I don’t see this being a thing for the masses.